Showing posts from April, 2017
Show All

I've had the honor to be involved with the website for Mhangwana Commercial and Financial Accountants for a few months now and have seen their commitment to their profession as accountants in Kempton Park. They are thorough in their work and hardworking as well. They recently held a workshop for their clients and went to great trouble to explain their accounting and skills transfer to everyone present. Below is a summary of what transpired at the workshop. The workshop kicked off just after 9:00 am. The MC was the first up and he not only got the audience laughing, after which he introduced the main speaker, Mpho Mhangwana. First on the agenda was Audited Financial Statements, the Budgets. Mpho explained specific examples where special diligence needs to be exercised to stick to sound financial management principles. He went into details about Procedures For Compliance To Acts. Mpho emphasized the importance of always ensuring that supporting documents a
Post a Comment
Read more 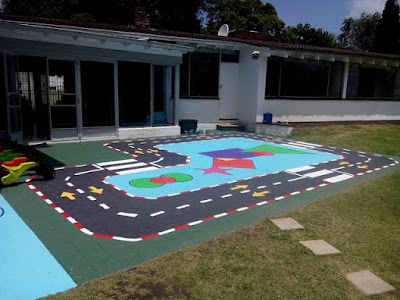 Surface paintings by Dreamtime Products add dramatic impact to previously bland surfaces at creches and preschool institutions. If you look at what these surfaces looked like before you would agree that they have done something very special to transform the appearances for the better. This is a photo of the tiled surface before it was painted. A photo of a brick driveway after it was cleaned and painted. This driveway looked unattractive before it was painted. Impressive isn't it. I'm tempted to have my driveway painted after seeing this. Each surface is painted with an appropriate paint for lasting wear and tear. It shows you what can be done with a little bit of imagination and much innovation plus hard work. A very ugly looking play area before. The final product. Any kid would want to play there. I take my hat off to Doug of Dreamtime Products for his creativity and excellent work. If you know of any place that needs tran
Post a Comment
Read more 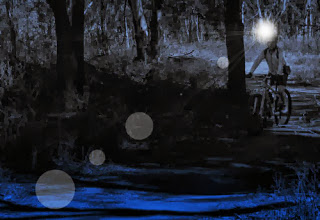 After a hard day's work painstakingly building a battery website consisting of volts, amps, dimensions, part numbers, stock code numbers, and pictures, we settled down to a plate of fine chicken, rice, and vegetables. Feeling quite full and lazy I decided, on the spur of the moment, to go for a ride on my mountain bike. As I set out on my bike I noticed that the sun was already over the horizon and a slight breeze greeted me. I followed my usual route passing the local petrol station through a patch of trees where the rusty autumn leaves crunched under the tyres, then along the shoulder of the main road. Then a left turn between the houses where I accelerated up a slight incline. Then a thought came to me. I have already passed my late dad's age and here I was riding like a maniac. I coasted after the burst of acceleration and considered how lucky I am. Most people in their mid-sixties already accept their age as being old while I still feel as fit as a fiddle and have
Post a Comment
Read more
More posts