Can Animals Talk To Us? 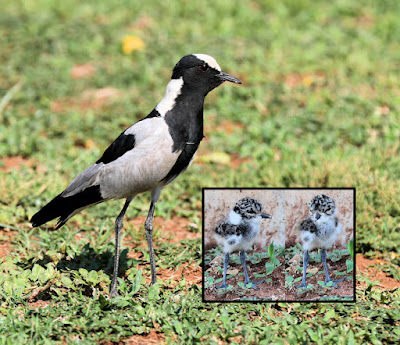 Today I visited a few people and arrived back at home at about 12:30 just after noon. When I stopped in my driveway outside my gate I was greeted by two very concerned parents. They were making very irate squeaks about something in the vicinity. I thought their behaviour very unusual but realised that something very drastic was wrong.
Being a very considerate neighbour I kept my cool and climbed out of my car to open the gate. The racket continued as I parked my car inside the yard. These parents were very irate. As I stopped the car I told my wife Maggie about their strange behaviour and as I got out I noticed two little chicks scurrying into a vegetable patch.
By then Maggie had closed the gate and I called her to come and have a look at the chicks. They clearly belonged to the parents outside our gate who were worried that our dog would hurt them. Our first response was to call our dog into the stoop enclosure so that she was safely out of the picture.
I then walked to the other side of the yard to allow the chicks to move towards their mother who was calling them all the time. Like obedient children they obeyed and I noticed that the little ones were soon out of the gate and safely with their mom.
We were so happy that we were able to understand what was happening and what the Blacksmith Plovers were communicating to us. So, can animals talk to us? Yes. All we need to do is be patient and be led by our hearts.
I went outside after a while with my camera to take some pictures for this post. The happy family wasn't far away. I think they ventured into our yard for a drink of water from our dog's bowl. Maybe our dog was asleep in the shade out of site at the time but being a noisy bunch they probably woke her up  with all the clucking. So the parents must have flown out of the yard and communicated with the chicks from there to hide. After that I arrived in my car and was confronted by two frightened plover parents.
They aren't the only ones making visits for a drink of water from our dog's bowl. I constantly have to throw her water out on the plants because the feathered visitors don't just drink water but also poo in the water and then fly away. Then, when I go outside, I have to give her some fresh water to drink. This happens a few times a day. Now, all I have to do is be aware of my dog's antics and realize what she is communicating to me - another way talking to me.
Maybe I'm now an animal whisperer. It's okay I guess. Us humans are skilled communicators by nature. Some of us anyway.
animal communication animal whisperer Blacksmith Plover can animals talk to humans give your pet fresh water daily