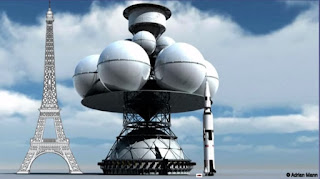 On December 7, 2019 I started watching YouTube for a bit of relaxation. As a self-employed person looking after customers’ websites, I have spent most weekends this year working for other people and not having much time to relax and enjoy myself.

So, I could be excused for a bit of me time.

I started blogging round about 2012. (Although this one goes back to 2013). The idea was to have fun while writing about my experiences – a way of sharing. It started pretty well, and I had a great time, However, lately I have fallen into a rut. So, this is an attempt to get back into writing a bit about what I really enjoy and maybe you will have a better reading experience.

Just after I got married, I was fascinated by home-built aircraft and fanaticised about building my own.  It was a time when people in America were going crazy building all kinds of flying machines one could only dream of. I’m mad about flying machines and design and build and fly my own radio-controlled planes as a hobby. On a sad note; one of my dear friends, Ken, moved to America and now I miss him because I could talk to him about aerofoils and wing sections and what are the best and latest high-performance kits on the market. He was able to get them for me. Here is a link to a two-thirds P-51D  scale Mustang.

So, forgive me for including something I watched on YouTube yesterday in this article. The title was “Two GIANT SCALE B-52 Stratofortresses - CRASH LANDING!” I couldn’t resist watching that one. It just shows you what people can build and fly nowadays. Miniature jets that look and fly like the real thing.

In the sidebar on the right of YouTube I noticed something fascinating and decided to watch that too. DIY Cheap and easy-ish Soda Can Stirling engine was the title. This guy spent 52 minutes explaining and building a rudimentary Stirling engine that worked out of cheap materials. I skipped forward in places to see some parts and then the end where his engine actually worked. Such perseverance!

Next, it was time for something bizarre, “The Space Force. What Kind of Technology Do They Really Have?” It was one the right again, so I decided to see what it was about. Having been a fan of science fiction I was curious about anti-gravity which sometimes featured in some of the books I read. It’s a nice fantasy – having something that defies gravity.

They talk about recent research that has revealed that the Germans may have been developing anti-gravity flying craft for 150 years. They went into great detail with photos of aircraft and published materials to build their story. Whether they are right or wrong is up to your imagination.

On the subject of anti-gravity, I watched an actual experiment on how magnets are a means of attaining anti-gravity in a practical way. This was done by Professor Eric Laithwaite: Magnetic River 1975. I wonder what he would have done now in 2019 with his magnetic river. It’s amazing how scientists persist in solving problems. He actually shows how he managed that towards the end of the video.

Next was “It's Rocket Science! with Professor Chris Bishop.” I also obsessed about building a rocket when I was younger because I used to spend hours reading about rocketry, its history and developments. Space travel was also my passion then. I was a devoted follower of the space race and Apollo missions to the moon.  I can also add that I’ve been the Smithsonian National Air and Space Museum in the States. Amazing back then and more so now.

On this subject, have you ever been in a class where someone was teaching you a very technical subject like rocketry propulsion or some other seemingly boring subject that you start thinking about something else and lose complete interest in the dude in the front? Well, not here. Professor Chris Bishop will keep you captivated and entertained all the way to the end. And you will learn something useful.

I also watched a bit of his other video on the subject of explosives and his demonstrations were exactly that, explosive! Explosive Science.

That led me onto the next subject: “Antimatter Propulsion - Ryan Weed, CEO of Positron Dynamics.” If we think that travelling to the stars is science fiction, then you would be pleasantly surprised. As amazing and far-fetched it seems that Elon Musk is already building a spaceship to go to Mars in a few years, another scientist is already working on a propulsion system to take people to the nearest star, Proxima Centauri, our nearest neighbouring star, which apparently has an earth like planet orbiting it. Wow!

It’s 4 light years away – 35 000 000 000 000 (million million) kilometres. Our fastest rockets can travel at 15 km per second. At this speed it took 10 years to get to the outer regions of our solar system. To get to Alpha Proxima at those speeds would take 30 000 years! Ryan Weed is working on solving this problem through Antimatter Propulsion. This energy has been around since the 1920’s.
Through much development they developed charged particles with an exit velocity 1 000 times faster than chemical rockets, moving at 10% the speed of light. That means going to Mars in weeks. Forty years to Alpha Centauri! This technology is possible for satellites in lower earth orbits for broadband, etc. There is an earth like planet orbiting our nearest star and that is the catalyst to explore what’s out there.

Next up was another interesting video about discoveries at CERN. Beyond the Higgs: What's Next for the LHC? - with Harry Cliff. Why am I writing about this?


When I was a little boy people were dreaming and talking about going into space. The next step was the race to the moon. All this was science fiction written about by Jules Verne long ago before the technology was developed. I also never knew television or cell phones would become a reality when I grew up. Shows you how old I am. Now they are talking about flying to Mars and the nearest star beyond our solar system.

Anti-matter and anti-gravity are now coming closer to our reality. What’s next with these brilliant scientists? I think we will be amazed at what the future holds. Unfortunately, people still find time to bicker and fight over power and who can influence people to follow their crazy ideas and destroy what other people are spending their time building up. Hopefully, some sanity will come to them so that they realise they are wasting their energy on destruction through selfishness instead of working towards a better future for humanity. Don't you think that this world is blessed with brilliant minds?

I hope you were entertained and enjoyed the information I shared. Till next time!