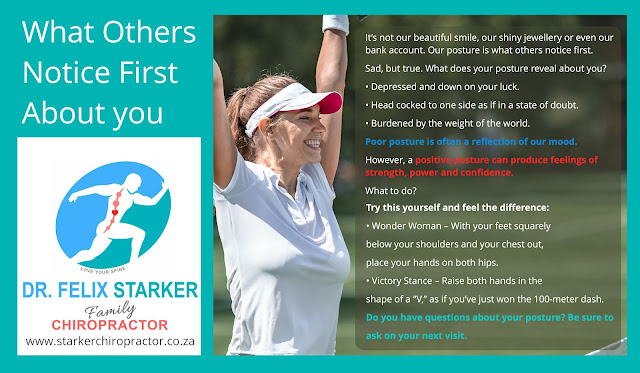 The last time I wrote about the chiropractor it was about doing a check-up for 2019.

I’m sure everyone wants to enjoy a healthy life so this may be something important to read.

When I was younger, I heard people talking about chiropractors and how they helped them with their health issues. Being a reasonably healthy guy myself I just ignored what those people were talking about and I thought they were a bit odd.

Then, about 3 years ago I had a rather bad episode with my back. I became like an invalid and suffered much pain. The doctor I went to was suggesting a back operation as the only cure. I asked for an injection for the excruciating pain. That only exacerbated the problem.

Then we met a friend in the supermarket who told my wife about her husband who had been cured by chiropractic treatment. Guess what I did next? Yes, I booked an appointment with her chiropractor. That wasn’t the right move either. Just like my previous visit to the wrong doctor, my condition became worse. Please read on.

Eventually, I came across a pharmacist who gave me the right diagnosis and prescription for my condition and within a day I already started getting better.

A little while after that I had to create a website for a chiropractor. On one of my visits to him, he did a spinal check and an adjustment to my spine and leg. At first, I was rather nervous because I expected similar treatment as my first visit to the other chiropractor who had hurt me badly. But this time there was no pain or discomfort whatsoever. He was very gentle and absolutely knew what he was doing.

Therefore, I have no hesitation in recommending him to anyone that needs chiropractic treatment. Apparently, many health issues can be traced back to your spine which is the hub of your nervous system. It is like the central matrix from which your nerves radiate out into your body. From what I understand about the subject of chiropractic, an adjustment that they make there affects other parts of your body. I’d rather not delve into that subject because I’m not an expert. I just know that it’s a more natural treatment than continually taking medicine. It also treats the source of the problem instead of the symptoms.

So, it’s amazing what you learn when you give something a chance instead of saying I’ll never let someone do that to me ever again – like I could have said.

Dr. Felix Starker gets my unconditional vote when it comes to chiropractic treatment. He is a real gentle man (gentleman) and a professional whom you can trust for the right treatment. He suggested I create the picture at the top which will inspire you to check your posture. Please contact Dr. Felix Starker for your next appointment if you are in the area. His website is at http://starkerchiropractor.co.za/