SAFETY HARD HATS THAT PROTECT YOU

Safety Workwear is vital on the job. 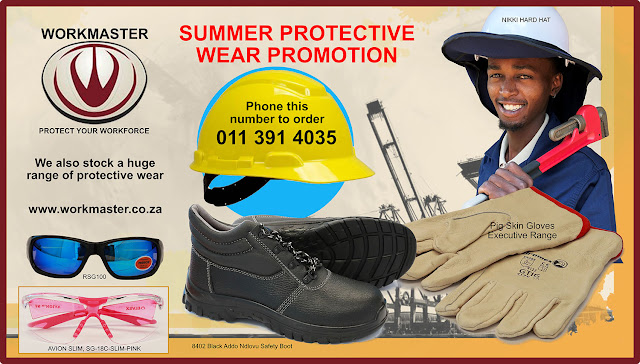 My first job after school was at the Iron and Steel Corporation, ISCOR, in Vanderbijlpark. My brother-in-law, Arnold, was the motivating factor behind that move.

At the plant, I was issued with a hard hat, overalls, safety boots with steel toecaps, thick leather safety gloves and protective eyewear. Heck, what was I letting myself in for? I was instructed to wear those items because they were necessary for protection.

When I clocked in I was shown my first station and I saw massive slabs of white-hot steel moving along conveyors with rollers. This was inside a gigantic corrugated iron structure that seemed to stretch for miles.

One day I was ordered to remove some slag from a roller on the conveyor. Even with my full protection on I made a mistake and my exposed fore-arm above the glove touched the hot metal and I got burned. I misjudged the heat of the guide rail and suffered the consequences. After that, I had greater respect for the perilous conditions at work and was more careful.

Soon I was promoted to another section further down the line where the steel slabs were sorted and stacked at the end of the conveyors. Intense heat radiated from the accumulation of red-hot steel slabs and I was seated in a cockpit structure with a host of levers and controls which I had to learn to operate. Overhead were huge cranes with operators assisting in sorting and moving the steel slabs to various stations. It was literally the hot spot of the huge plant – a high-pressure environment.

It was like working in an alien environment where you always relied on your special safety clothing and protective gear. Being very young I didn’t work there very long, but it was a good experience.

A couple of years later I was contracted to work at a lead mine in Tsumeb in Namibia. Our team was stationed downwind of the smelter where the lead ore was melted in huge bowls and poured into ingots. Sometimes the silence would be broken by a thunderous “kaboom” of an explosion emanating from the smelter.

For our protection, we were issued with overalls, safety shoes, rubber gloves, respirators, hard hats, and protective eyewear. That was for protection against lead dust that covered everything in and outside the warehouse. It was situated directly downwind from the smelter. There were also drums of hazardous chemicals which we had to count. We used metallic labels to write descriptions and part numbers on and tied them to parts for identification and enclosed them with transparent plastic bags for protection against the sun and elements. There were also foul-smelling fumes coming from the smelter works.

The temperature in the warehouse often reached 40 degrees Celsius because it was made of corrugated iron. It was like working in a sauna and we were sweating all the time. My companions, David and Peter, made things more bearable with the odd joke or story while we laboured in those extreme conditions. Despite the heat and the lead dust, we were the top performing team.

Many years later I’m now writing about the safety workwear that I was using when I was younger – saved my life, hey!

Workmaster was established in 1994. Since then they have provided quality safety workwear and services to their clients. They stock well-known brands of safety wear and tools. More information can be obtained from their website. 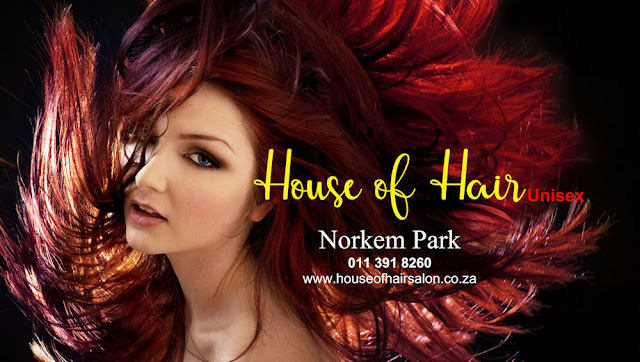 House of Hair Salon is a well-run hair salon in Kempton Park on the East Rand in Gauteng. This hair salon has been around for 15 years and specialises in hair styling making use of well-known brands such as Matrix, Elumen, Goldwell, Hannon and Strands of Love. All their clients receive excellent treatment.

They have a new image and you can see some of their photos in the slideshow below.

Elumen hair colour by Goldwell elumenates your hair from the inside out with exquisite, matchless results for a professional look. With Elumen you get:

The reason is the colour remains strong even after ten shampoos. Elumen is without ammonia, without ammonia-odor, non-oxidative and gentle for the hair.

Dyna Tuning - RBTS Racing
Engine Management & Dyna Tuning Specialists. All local Aftermarket Engine Management Systems - Spitronics, etc.
Spitronics, Haltech, and MoTec: We do the installations, faultfinding, and mapping for these locally available world-class systems.
They specialize in the tuning of all local Aftermarket Engine Management Systems such as Spitronics, Dicktator, Gotech, Powermods, and Mr. Turbo, etc.
With their Dastek 4 Wheel Drive wind tunnel dyno, owners with Subaru's, Mitsubishi Evolution's, Nissan Skyline's, Land Rovers and Bakkies are all welcome.
They also tune all International Engine Management Systems such as AEM, Haltech, Hondata, Motec, etc.
They are Dastek Unichip agents.
They also do specialized mapping on Evo's, Subarus, and Toyota GT 86.
RBTS Racing has demonstrated that they provide excellent customer service and provide professional services. Therefore, they have been added to the Aw-Sum Community Directory.