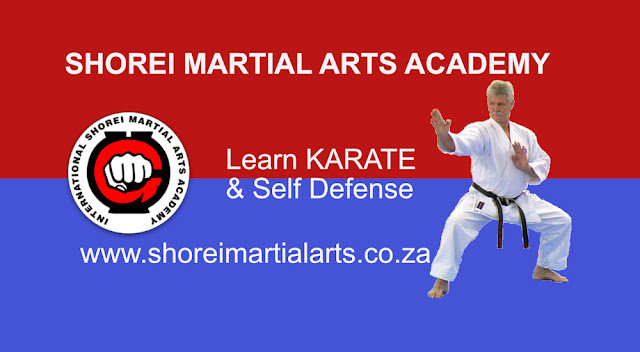 Here is a new video of karate and self-defense demonstrations taken during the grading in November 2017. 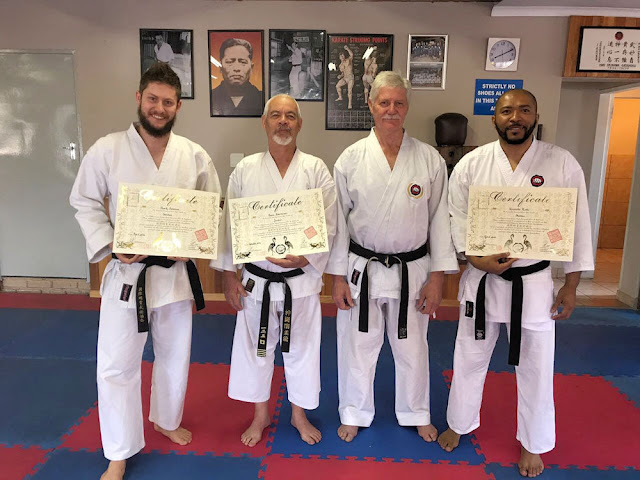 Karate is an excellent form of self-defense, something that applies to everyone, young and old. 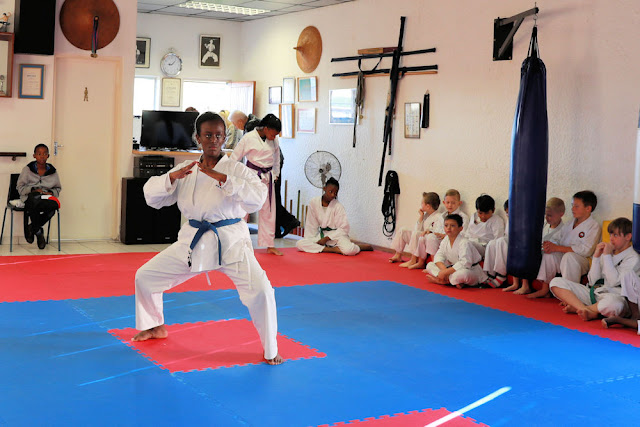 There is no doubt that anyone who is a karateka earns our respect. There have been many movies depicting the sheer brilliance of individuals defending themselves against attackers with martial arts techniques, usually bare-handed. One particular film star that comes to mind is my favourite, Jackie Chan. I love watching the guy going bananas ducking and diving and kicking his way out of several attackers. I just Googled some facts about Jackie Chan and discovered that he is a black-belt in hapkido and also knows other martial arts as well. To the uninformed like me it all seems like karate, but I am probably insulting the martial arts purists when I make statements like that. 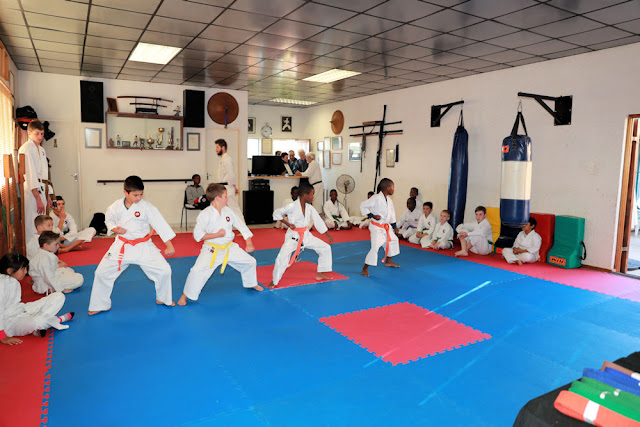 However one looks at the sport of karate and martial arts you have to agree on one thing. You don't mess with those guys because you are going to get your butt kicked good and solid. When I was in the air force doing my national service training they taught us some self-defence. You can immobilize an attacker and if he keeps coming you can really injure the attacker with your bare hands, although that isn't the intention initially. I'm not advocating violence. 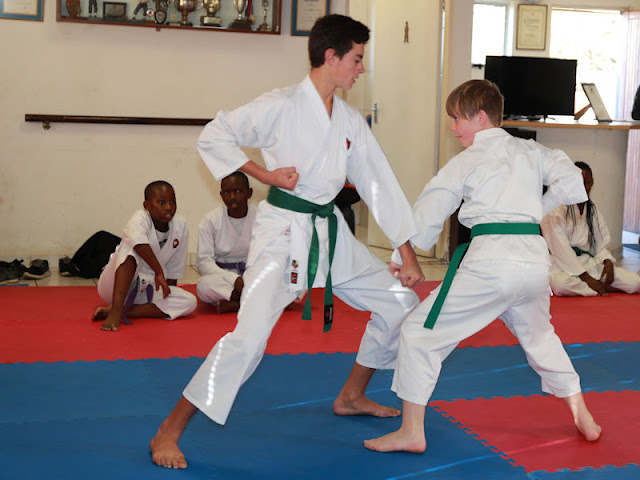 As a sport Karate teaches you discipline and self-confidence. It has become an Olympic sport where you can win a gold medal representing your country. Another advantage is that it makes you fit because you get to do a lot of exercises and you need to follow a regular program. It's also good for your motivation because you usually aim for the next belt. Before you know it you are facing the next round where you want to qualify for your black belt. When you reach that goal you gain the absolute respect of your peers.

To get a better idea of what Shorei means I again went to look it up in Google - our favourite way of discovering things and getting information. 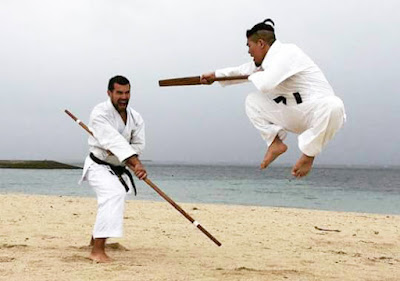 "Shorei Ryu (昭霊流? Shōrei ryū) is a term which refers to the Naha-Te style of Okinawan karate. Shorei Ryu means "the style of inspiration". It is believed[citation needed] that the term Shorei is derived from the Shoreiji Temple in southern China. The teachings of this temple provided the basis for the Naha-Te style.

The Shorei Ryu system was influenced in its early development by Shuri-Te. Kanryo Higashionna originally studied Shuri-Te with Sokon Matsumura but he later traveled to China and studied kempo there. Shorei Ryu has two major styles today. One style is called Goju Ryu and was founded by Chojun Miyagi (1888–1953) and the other is called Uechi Ryu, founded by Kanbun Uechi (1877–1948).[1]

The Shorei Ryu name (alternatively, Shorei-Goju Ryu) was also used for the style of karate brought to the United States by Robert Trias. Later Trias used the name Shuri-Ryu, although some lineages still use the Shorei Ryu name. This style should not be confounded with traditional Shorei Ryu. Trias's karate incorporated elements from Naha-Te, Shuri-Te, Tomari-Te, and others." Quoted again from Wikipedia. 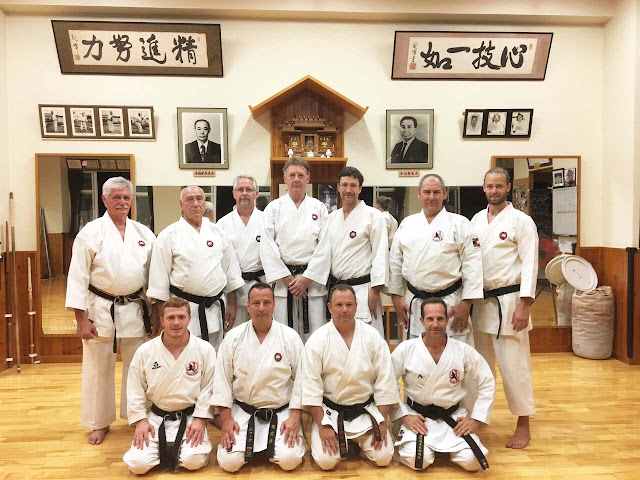 
Sensei Tony now has 48 years experience in Okinawan Goju Ryu and 10 years in various other forms of martial arts. He has been running four very successful dojo’s in Pretoria and East Rand for almost 38 years. He also started a new martial arts academy in East Rand in January 2003 where he teaches Goju Ryu karate, Kobudo, and self-defense. Even at his age, he is very fit and capable of teaching his sport because he lives what he teaches. 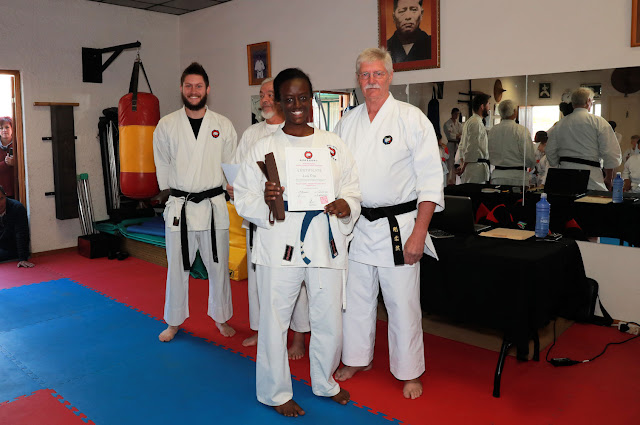 Anyone interested in learning self-defense can contact Shorei Martial Arts Academy and speak to Tony de Beer. With farm attacks on the increase and violence being the order of the day it is advisable to prepare yourself for a time when you unexpectedly face an attacker or a bully.