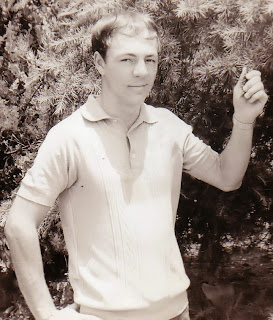 There are opposing circumstances in life. You get poor and rich, depressed and ecstatic, naïve and clever, failure and success, fear and faith, sick and healthy, ignorance and knowledge, loneliness and friendship, death and life. What do we make of them? You can hardly go through life without being touched by these contrasting experiences.

I grew up in a poor family, yet experienced the comforting love of a wonderful mother who always saw the best in me. Her words of praise laid a valuable foundation for my life. I believe that her exceptional example has overflowed into my life.

As a result I also excelled in the classroom and on the athletics field. In the ways of the world I was naïve and wasn’t prepared for the disappointments from people bent on manipulation and self-interest.
As a young boy I was sickly, being hospitalized at the age of four. The doctors eventually discovered a rare blood disorder called hereditary spherocytosis that left me weak and anaemic. My family moved from Cape Town to Namaqualand where the climate and new lifestyle did me wonders. Very soon my health steadily improved and I flourished with friendships being another positive development in my life.

After my father died we returned to Cape Town and I eventually ended up in Johannesburg working for a corporate giant where I steadily climbed the ladder of success. After a year I was offered a managerial position with a company car and an overseas trip. I spent many years enjoying a successful career until they sold the company.


So I decided to work for myself as a photographer. It was difficult to start over because, up to that stage of my life, I had always reported to a boss and collected my salary at the end of the month. I was used to the corporate environment where I didn’t have to look for work, it just came my way. I tried many things, but most of them didn’t pan out. Lost and alone, that’s how I felt. All I could do was just keep on trying.

Eventually I fell into a state of depression as the world seemed too overwhelming. It felt like a big black hole was swallowing me up. I focused on growing tomatoes to keep from ending it all. All I wanted to do was taste a tomato from my own garden – it sounds simple, but that’s what helped me snap out of depression.

I have been self-employed for 21 years now, so I obviously discovered how to succeed eventually. But that's another story for later.